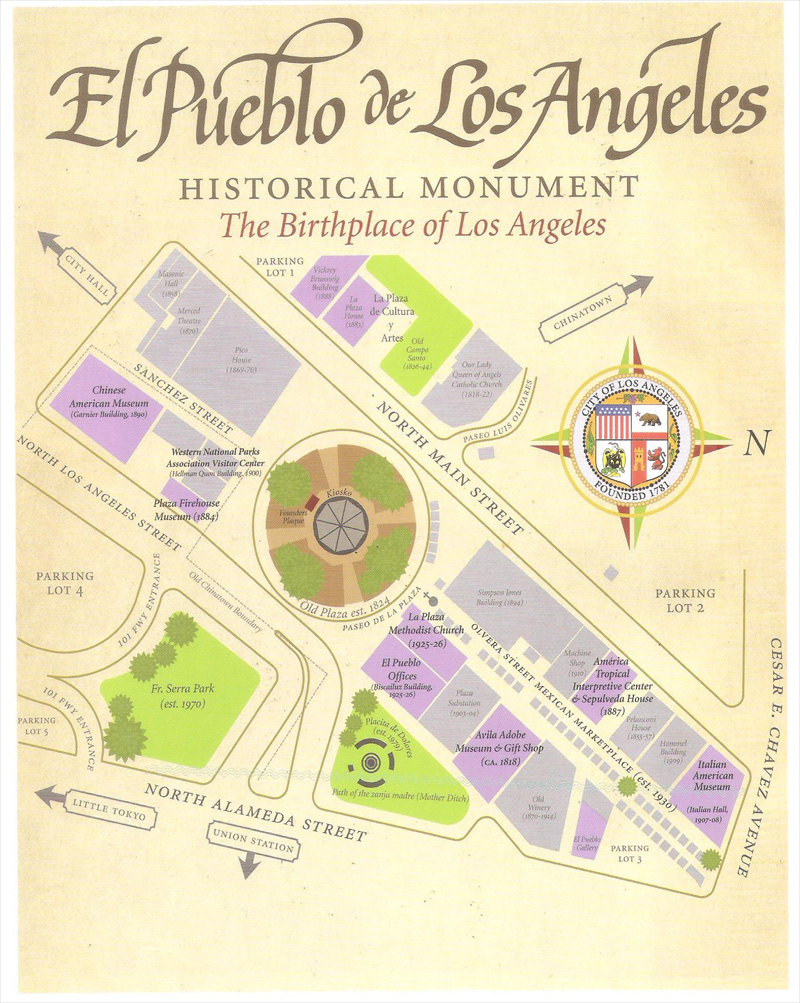 Otherwise known as a site certification the goal of the Partnership Certification Program for the OSNHT, like those for other National Historic Trails, is to pursue protection of historic resources as well to promote awareness of the Trail and visitor appreciation.  It is open to non-federal property owners of museums, visitor centers, or the like near the Trail and, especially, to properties listed as a “High Potential Site” or “High Potential Segment” on the recently issued final Comprehensive Administrative Strategy for the Trail. The property owner benefits from access to NPS and BLM expert guidance in many specialties (e.g. interpretation, history, archaeology, etc.) and also secures the ability to erect official OSNHT trail signage and use of the official OSNHT logo.

At the westernmost end of the Old Spanish Trail, El Pueblo includes Los Angeles Plaza, Olvera Street, the Pico House, Siqueiros’ “America Tropical” mural, and many of the oldest extant buildings in Los Angeles. It is centered on Los Angeles Plaza, the center of both the Spanish, Mexican, and early American era city, and encompasses 44 acres in the urban heart of today’s metropolis, immediately north of the city’s civic center and the Hollywood Freeway (US Highway 101).  More than 2 million visitors a year visit the various free museums and attractions found within El Pueblo.

The Avila Adobe, built in 1818 and the oldest surviving house in the city, hosts a “cancellation station” for the National Park Service Passport Program with an OSNHT stamp.  It is also on the list of “Tentative High Potential Sites” of the OSNHT in the recently released Comprehensive Administrative Strategy document for the Trail.

The site of the two-story Lugo Adobe demolished in 1951, but listed as a “High Potential Site” in the CAS as the “Vincent Lugo adobe”, is also part of El Pueblo in the area now called Serra Park on the east side of the Plaza, between it and Los Angeles Union Station.

The Gateway To Nature Center, a joint-venture of El Pueblo, the National Park Service, the US Forest Service, and the Western National Parks Association, opened on the south-side of the Plaza last year.

However, even though they are surrounded by El Pueblo, Los Angeles Plaza Church and the adjacent small Cemetery are not part of El Pueblo or this site certification.  While referred to as “Los Angeles Plaza, Church, and Cemetery” and listed as a single “High Potential Site” on the CAS, the Church and Cemetery are separate. The Church is owned by the Catholic Archdiocese of Los Angeles and the Cemetery is part of the LA Plaza de Cultura y Artes property owned by Los Angeles County. It is hoped that separate site certifications will be sought with each of those owners in the future.